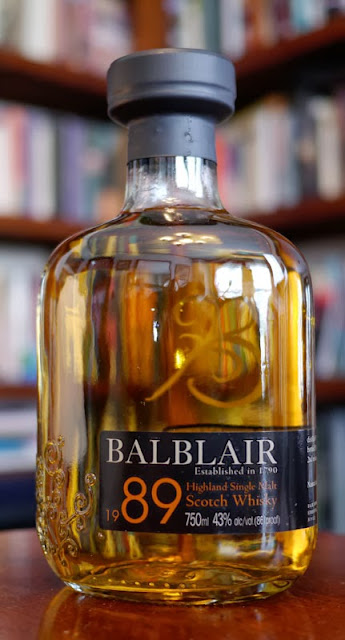 Tasting notes:
The nose on this dram presents with honey, molasses, and beeswax–or wax beans, if you’re in a more savory mood. [Bill: Who eats those?] [John: Madame Tussauds?]  There’s also banana and shortbread, but the banana’s wearing a strand of non-cultured pearls and a mink coat with lemon cream iced shortbread cookies stashed in one of the pockets.  [Bill: Mink coats don’t usually have pockets, do they?] [John: How the hell would I know?  But leave him alone, he’s rolling.]  And she’s just picked up a butter cream groom’s cake from the caterer. [Bill: The banana’s a she?] [John: Yes, and apparently she’s getting married.]  Let it open a bit more, and the nose is like a cashew and a walnut had a torrid, forbidden love affair, and the High Priestess had their nut babies ground into artisan nut oil to calm the angry gods. [John: I wouldn’t go within a mile of that one, and neither should you, Bill.]
The mouth is a kaleidoscope of rainbows, all focused on a gaggle of unicorns, every one of which is lounging atop a large mushroom. [Bill: A gaggle of unicorns?] [John: That was what caught you up in that sentence?] Amidst all of that glory, we also got a hint of men’s hairspray, but not the offensive kind: it’s more the kind that John Travolta used in Saturday Night Fever, but without the chlorofluorocarbons and with the ozone layer intact.  Actually, it’s more the reaction my mother would’ve had to that particular hairspray around the time that movie came out.  Which is to say, it’s hairspray, but you don’t mind because the whole thing’s just so damn sexy. [Bill: Did he just say that John Travolta was sexy when he was young?] [John: I think so.  At least the banana was a she.]  The mouth is peerless.  It could not be captured in an Wordsworthian ode.  It eludes easy identification like a fifist set behind the piccolo player during a performance of Beethoven’s Ninth.  And on top of that, the mouthfeel is unbelievable: it’s a hipster pomade that could tame Phil Spector’s hair–for only $49.95 per mini-tub. [Bill: The pricing there seems about right, if not a bit low…]
The finish flowers with a herbaceous fullness that slides quickly into brine note so lovely it’s easy to imagine it as a high-end mouthwash for seals.  And the finish just doesn’t stop: it continues to blossom and caress the palate with such loving care my tongue has become completely uncooperative because it now believes itself to be a Turkish sultan from days of yore.  Thank God my fingers can’t taste. [Bill: Not much to say here. That description’s spot on.] [John: Good thing you restrained yourself from saying it anyway.  Oh wait…]

–On the scale of amazing 21 year olds–
The Balblair 1989-2010, 2nd edition is Red Sox shortstop/third baseman Xander Bogaerts–He had incredible poise for a rookie, especially later in the playoffs and in the World Series.  He’s a five-tool player who already has a World Series ring.  The only relevant disanalogy here is that he’s going to develop into a huge star as time goes on.  The Balblair 1989-2010 is already there (check it out in its box below).  Basically, if promise were tasty, the analogy would be airtight. 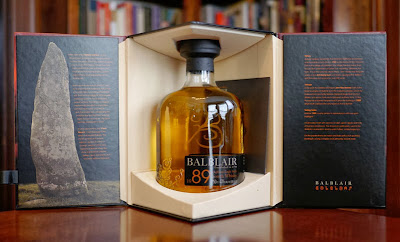 –Our thanks to Brian Johnson and InterBev for the sample!