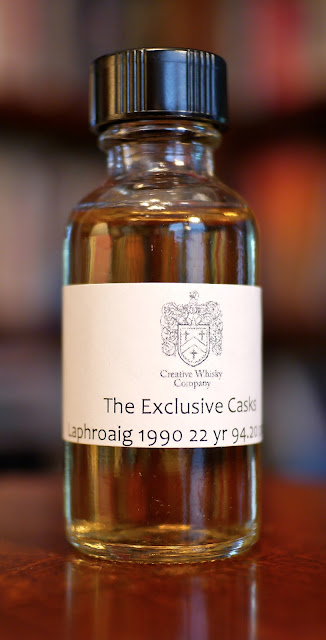 Tasting notes:
Adam could feel a strange stirring of excitement in his chest.  His skin prickling with goose bumps, his face flush, Adam brought his hand up to feel his galloping heart. Then something came over him with the force of a panic attack, but he knew it was instead the raptures of joy.  He felt at once ecstatic and transcendental, but also deeply at home, with a sense of a sustained oneness with the things around him, things that he thought, with surging waves of love in him, to be simply right.  It was, after months of preparation, the night of the dress rehearsal, and he had just squeezed his middle-aged frame into the tight spandex suit that would transform him into the best Rum Tum Tugger ever.  Of course, this was only community theatre, and the director, Angelica, had written the musical into a futuristic space dystopia and done all of the poster artwork herself.  But Adam knew that tomorrow’s world premiere of “K4T-S” would change him.  It already had, but this would be the seal, the imprimatur, of his self-transformation.  He let loose the reins of his imagination until his mind settled itself on a single thought  “This is what God must have felt,” Adam thought, “when He looked over all of creation and thought it was very good.”

If you want to feel as Adam did, then you will purchase the Laphroaig  22 year 1990 from the Exclusive Casks.  You will then open it, pour it, nose it, and drink it.  Nosing it you will find the peat that Laphroaig is known for, but it has transitioned itself dramatically, rather like a sequentially hermaphroditic clownfish does.  Born male, upon the death of the society’s dominant female, he gains weight and becomes female.  Or, if that is too much science to drop on you, think of a mahogany steamer trunk put through a chipper, then reassembled into a mahogany rice steamer.  There are more surprises on the nose than found in the silks returned by Marco Polo; most memorable among them, a single mummified capuchin monkey fist with a raise middle finger.  [Stephen: That’s in the silk, not the whisky, right John?]
The mouth is delicious.  There are not enough e’s on my keyboard to write “delicious” in a way adequate to its deliciousness.  (What’s that, Bill?  I can just hold down the key like thisssssssss?  Holy $#!%, man!  That’s awesome.  This dram is deeeelicious!)  The mouth is also really big; think Julia Roberts’ smile in her salad days.  I get gingko leaves (on the mouth, not in Julia Robert’s salad), but the mouth is not full.  If you’ve visited La Scala, you can get a sense of the unique palate structure.  Or just think of surround sound speakers without the center channel.  (You just lose a little dialogue, but the musicality is top notch.)  No hi fi system at home?  Okay, how about when you’re done cooking bacon there are little bits still in the pan.  Got it?
The finish goes on and on like a perpetual motion machine that someone forgot about.  Like a desert island record, this is in the go bag of every eremite and crank, because it’s better company than all people and most dogs.  This is like an older and wiser sibling of the one you initially had a crush on.  You’re at the point now where you want to call “do-over” so you can set your sights on this one from the start and avoid all of the unpleasantness of being discovered in the laundry room in flagrante delicto.
All of this is to say that this bottle holds something that you know to be incredible, but it is even more incredible than you can imagine, and you are altered in the enjoying of it.  Like Adam.

–On the scale of characters in the musical, Cats—
The Laphroaig  22 yr 1990 from The Exclusive Casks is Bustopher Jones–Older, wiser, respected by all, this Laphroaig is simply jellicle.