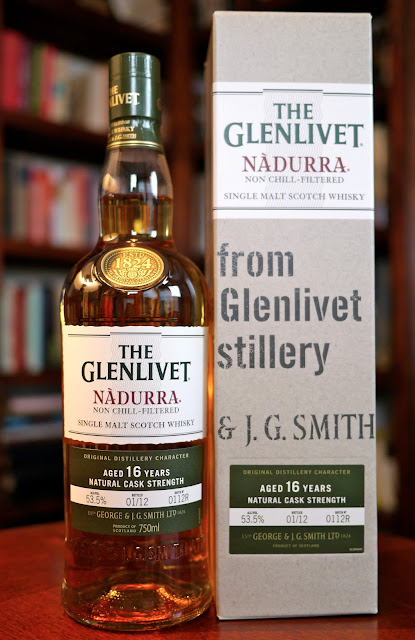 Tasting notes:
The nose opens to a group touring the Paul Newman’s Own lemonade factory, and the group has just turned the corner to see where the company composts the lemon rinds and burns some of the recalcitrant decomposers with cedar oil.

Cut to a kid reading LEMONY!, the autobiography of Lemony Snicket that focuses solely on his most essential (and thus most lemony) moments.

Cut to Arctic Norwegians making wine out of lemons that the Germans prize highly and of course call Nordischen Limonwein.

Cut to a long moment of a red light within a camera lens.  HAL says nothing.  This is the calm, quiet moment, before it gets crazier and crazier and becomes the full-blown Stanley Kubrick’s 2013: A Space Nàdurra you’d heard so much about.

Cut to riding a luge down huge orange rinds toward a bourbon barrel so concentrated, it’s easily mistaken for a sherry cask.

Fade to black, then THE GLENLIVET fills the screen. (We sought to trademark La Glenlivet, Le Glenlivet, Die Glenlivet, and even Teh Glenlivet.  Then it hit us: iGlenlivet™!  Turns out we were two years too late: Steve Jobs had trademarked that name in an effort to secure profits for Apple that Tim Cook couldn’t fritter away.)

Then NÀDURRA fills the screen.
(the audience is one huge goosebump)

Open to a remarkably smooth 16 year-old driving a Maserati. He’s so smooth, so precocious, his insurance rates are lower than those for a 50 year old woman.
He drives toward the desert, but along the way, he passes a stand refining oranges for use in high-end ice sculpture [I don’t know exactly what that means, either, but we have to give the executive producer something to do.  Either him or the Key Grip.  Or the Best Boy.  This is my first screenplay.]

In the desert, he catches up with Professor Jones, just as he’s about to open the Pharoah’s tomb.  Prof. Jones winks knowingly.

They open the tomb to find it completely raided of artifacts, but filled instead with exceptional Scotch.

Prof. Jones voiceover:  “I wasn’t as disappointed as I had expected to be when I saw the room was filled with whisky.  After all, I’d inadvertently made a greater discovery: I’d found an exceptional The Glenlivet there.”

Pan back really slowly, focusing on Jones chewing the whisky in rapt contemplation for what seems like forever.  [Actor’s note: think of an infinite, ridiculously tasty taffy chewed for the whole length of a boardwalk.  And then back as well.]

–On the scale of theories of the self–
The Glenlivet Nàdurra is Kant’s Unity of Consciousness–A jaw-droppingly complex and insightful view of the human mind, it explains how the mind makes sense of what would otherwise be a random and disparate set of perceptions and images appearing before the mind.  Consciousness orders those images within space and time to link them together causally in order to produce a single self that persists over time.  Without it, human experience is chaotic and nothing more than unconnected forms of stimuli.  With it, the human mind is transcendental–and has the possibility of enjoying a tremendous dram like the Nàdurra.  If it’s lucky.

–Our thanks to Craig Bridger and The Glenlivet for the sample!