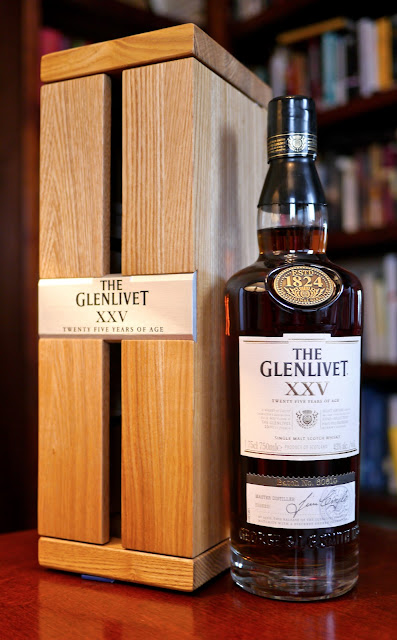 Tasting notes:
The sherry influence in this whisky comes through immediately on the nose.  We’re thinking Gonzalez Byass bodega casks set aside for a family reserve bottling, known between family members and connoisseurs alike as the Byass Special (because once you start drinking it, “you can say good-by to yo ass“).  Left to open up for another minute or two, it presents with expertly refined wood notes: the Gaudi staircase in the Casa Batllo moments after being swept.  A high-end pencil sharpened down to the last half-inch as the result of a successful attempt to hone the lead to such a fine point that one could write “angels dancing” a thousand times on the head of a pin.  Oh, and that’s something else we got from the nose: that long-disputed number turns out to be exactly one thousand.  It wasn’t hard to decipher: once the pencil imagery was clear, none of us couldn’t get past the recurring M’s.  Of course, in Roman numerology, all the numbers are capital letters, so all the little m’s that followed didn’t count.  Thus one thousand (M).
On the mouth, we found ourselves considering a very different numerology.  We found distinct notes of raisins marching in a parade for Louis XIV.  And given that Louis XIV was the Sun King, if this expression gives any indication, Louis XXV would have been the Eclipse King or maybe the White Dwarf King.  (That is, somewhere between “something big’s there just beneath the surface” and “this baby’s gonna blow!”) The mouth also offers lots of caramelized–no, angelized–sugar.  Hasta la Vista, angels. I’ll be back. For more.  There’s also wonderful roundness and a lot of fruit in there–not real fruit, but fruit as it should be.  You know, like in a Renaissance painting. 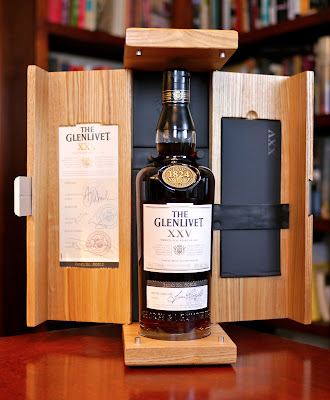 The finish is a warming, swarming, gentle tickle of muted spice and leather.  Yes, muted leather: not biker bar leather, but the kind angels wear whenever a Harley passes away (a gathering of the “Cupigs,” maybe?).  The spice is sublimely balanced and lasts a good while, but then fades, leaving an after-memory residue that’s very much like an ache.  For more.  The finish brings out the better angels in my nature, which, as The Malt Impostor’s Resident Nihilist, simply means it makes me feel oddly kind and generous.  But with other stuff, not the Glenlivet XXV.  There is, after all, only this life.

Rating:
–On the scale of angelic interventions–
The Glenlivet XXV is the pair of cherubs resting on their elbows at the bottom of Raphael’s Sistine Madonna–They provide the perfect contrast with the rest of the painting, but their presence there also yields a surreal effect that never ceases to enchant the viewer.  And despite Mary and baby Jesus being front and center, flanked by saints on each side, they still manage to steal the scene.  No wonder there is no more iconic image of angels in western civilization.