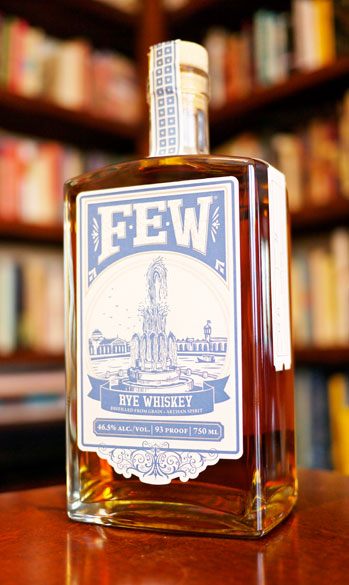 Tasting notes:
Crushed rose stems under golf shoes and stiletto heels.  Fresh rye, like a wet-hopped IPA but in this case, a wet-ryed whiskey.  Cornmeal biscuits with Smithfield ham.  Green pepper on a grilled arugula salad.   In short, the nose is nothing if not aromatherapy designed to induce crippling nostalgia.  Once I steady myself, I find note of a pinewood sauna set in the littoral zone near Bolungarvík.  (Note to self: submit t-shirt design to Café Press that says “Beachcombers do it littorally.”)  Where was I?  Oh, yes, the nose.  There’s an echo of youth, but I’m totally down with with.  It’s young like Young MC on “Bust A Move,” which is to say timeless.  Also celery sticks, the expensive kind held up to expensive microphones in a plush recording studio to simulate bone crunches in a noir action thriller mystery.  The mouth proves what the nose only promised: this does not need to be watered down like some ryes, or used exclusively in mixed drinks.  However, if this were to be the feature spirit in a cocktail, we would add equal measures of rye, green chartreuse, and crème de menthe, then quail eggwhite froth dusted with moustache clippings (from a new pair of Malteser scissors), and a dash of Angostura bongwater, which is much harder to find in the States than you would think.  (Note to self: Send one of those portentous cease and desist letters to the Malteser Company; try to convince them that the “’-eser” root is Indo-Semitic for “Impostor.”)  Where was I again?  Oh, yeah, the finish.  Bill was so taken with the whiskey that during the finish he said “Dolphin through a hoop at SeaWorld.”  We wanted more from him, something to put it into context, but that was all he had.  And Stephen and I knew it was enough.  The FEW Rye has verve.  Not your father’s rye or your mother’s vanilla, but awfully close to your great-Aunt’s patented Anti-Aging Whisky Salve™: you never laid eyes on it, but she always reeked of it and seemed much happier for it.


Rating:
–On the scale of self-referential acronyms–
The FEW Rye Whiskey is “For Ever Winning”–Yes, we’re aware that “forever” is one word, but the vintage label recalled Stephen’s fondness for “to-morrow” and similar locutions during his days as a Williamsburg hipster.

–Our thanks to Paul Hletko and FEW Spirits for the sample!

3 Comments on The FEW Rye Whiskey