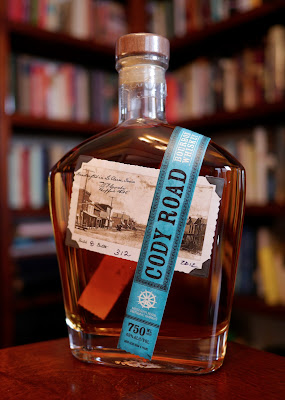 Tasting notes:
Number two pencil lead wrapped in prosciutto, Crackerjack corn kernels before popping, and a charcoal sketch of Bud Selig by Jose Canseco, where this time he is a pig-bat.  Or a bat-pig.  This is the nose and to say it beckons is an understatement.  Despite its attractiveness, we found the nose to be a bit odd as well: we wouldn’t call it a new nose, but perhaps it’s had some work done.  The mouth is a scorpion sting right as you put your boots on.  Spicy heat, like juniper berry oil smoking in a skillet, with all of the resin, sugar, gum, water, lignin, wax and salines beginning to evaporate from the pan.  (Incidentally, the unused juniper berries are strung together on fishing line and hung on the Christmas tree of a field mouse that happens prefer Cheever to cheese.)  Returning to the mouth we get the bottom of a Halloween candy bag in early December, which is to say it holds only the memory of candy and a hint of plastic residue.  The finish is like a display of top-of-the-line furniture polish at a budget furniture store.  Adding water yields some alluring oiliness, and then we catch peanut butter on the nose, the all natural kind you have to stir up so that the clear oil mixes in with rest.  We’re curious about the mashbill on this one; Bill swears there’s some teff in there wrasslin’ with the corn and rye.  Whatever the case, the result is a finish that’s as comfortable as blue jeans worn to a Texas formal.

—On the scale of remarkable facts about teff (also known as ttheff, tteff, thaff, tcheff, and thaft)–
The Cody Road Bourbon Batch 8 is the fact that its Ethio-Semitic root is “tff” or “lost,” owing to the small size of the grain–I prefer to think that “tff” is the expletive muttered after you drop it, but the bowdlerized translation is perfectly acceptable.

Our thanks to the Mississippi River Distilling Co. for the sample!