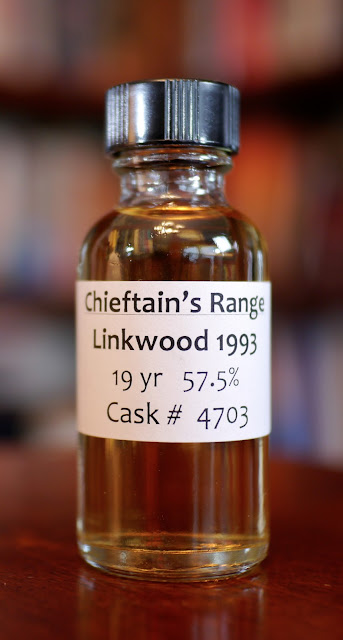 Tasting notes:
Bananas.  Lilies.  But nothing like the Banana Lily Floating Heart (Nymphoides aquatica), which sounds more like a straight-to-video Ang Lee film than an aquatic plant.  Floor wax on the cloud tops of heaven.  Pineapple juice twice filtered and then given to an industrious syrupman to refine in his sugarhouse.  Latex paint, but interior paint only and exclusively in warm tones.  A collectible softball given by Dennis Rodman to Kim Jung-un.  It is made of baby panda leather and sewn with six-fingered kitten gut thread.  With a nose like this we greet the mouth with the anticipation of a steelhead trout returning from the ocean to its freshwater spawning grounds.  It does not disappoint.  Golf club heads incased in shiny jiggly Jello®.  Spearmint gum stuck to the bark of a gum tree.  A honeydew melon sprung sui generis from a basalt cliff.  A sunset painted by Van Gogh.  Joseph’s coat of many colors, but if it wasn’t an Andrew Lloyd Weber musical.  The finish fires completely on the outer edges of the tongue, rushing along each side independently.  Call it the Law of the Excluded Middle.  Or consider those darn steelhead trout again; if they never leave freshwater, they’re rainbow trout.  Wait, what?  This has to be a joke, right?  I mean, the scientific name is a giveaway that we’re not supposed to take this supposed “fact” seriously: Oncorhynchus mykiss.  Well, this freaky fish can oncorhynkiss myass!

Rating:
–On the scale of innovative scoring rules for basketball–
The Chieftain’s Range Linkwood 19 Year 1993 is North Korea’s : three points for a dunk, four points for a three pointer that doesn’t touch the rim, and eight points for a basket scored in the final three seconds, during which time a missed free throws mean minus-one point–My god.  It’s like state sponsored Calvin Ball.