Last week, I had the good fortune to attend a crazy event in NYC for the launch of Highland Park’s newest limited release, Loki.  My girlfriend said it was like something out of Sex and the City.  I stared at her blankly, thankful that I had no idea what she was talking about.  I am still waiting for her to read Eat, Pray, Love, though—you know, so we can talk about it.
The event, like the Norse demi-god and apparently the eponymous whisky, was filled with wild and mysterious themes, as the pics here attest.  A trickster god who shifted allegiances as they suited him, Loki was basically as mischievous as trickster gods came.  While the theme of the event came across beautifully, I couldn’t help but think how fun it would‘ve been to have had some real mischief on display, like trap doors in the main floor opening up at random so that at any point–POOF!–your conversant might disappear, leaving you to move on, for better or worse.  Oh well.  At least they didn’t try to use one of Loki’s other names from Norse mythology (I, for one, wouldn’t have wanted to have had to try to say Loptr or Hveðrungr). 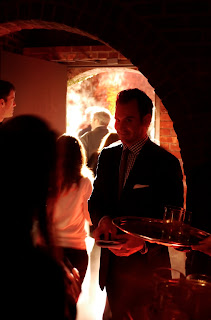 Don’t get me wrong:  it was a beautiful and singular event, awe-inspiring in conception as well as execution.  Hats off to Steph Ridgway for her role in putting it together.  And hats off to Martin Daraz, who presented the attendees to Loki in a special room just off of the main one.  Amidst dry ice smoke and big flames in the background, Martin stepped up and commanded the room with tremendous dramatic effect.  You see, the handlers for the event handed each person a card as she checked in, and that card they later used to call about a third of the attendees at a time into the side room to be introduced to Loki.  My card had “Cunning” and “Complex” on it, which I was glad to think was perfectly appropriate (either that, or Steph is remarkably good at knowing how to stroke my ego). 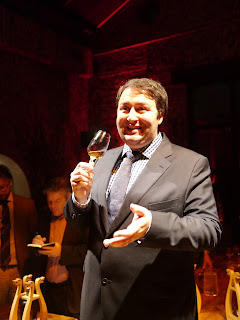 They also had stations with different Highland Park expressions, including the 12 year-old, the 15, and the 18, along with mineral water stations for opening up one’s whisky, and a hot toddy bar on an outside balcony.  The event was impressive all around, and a killer way to roll out a limited edition whisky.
I was thrilled to get a chance to meet and chat with Ken Grier, the Edrington Group Director of Malts, at the event and to have him talk me through the whisky a bit as well.  Other friends and acquaintances were in attendance as well, and it was nice to catch up with Marlon Paltoo from Park Avenue Liquor, Mark Gillespie from WhiskyCast, Noah Rothbaum from Liquor.com, as well as Steph Ridgway and Martin Daraz from HP. 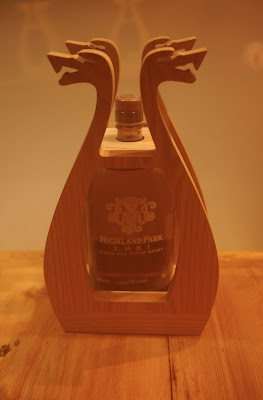 How was the whisky, you say?  Ah, right.  The idea is that this second whisky in Highland Park’s Valhalla Collection would reflect the character of the demigod from whom it takes its name, especially in contrast to the Highland Park Thor, its predecessor in the series.  Thor is true of heart, yet also a rather blunt instrument of a character (his signature weapon is as much a metaphor for his relative level of mental dexterity as an armament), and the HP Thor was a bit of a straight arrow, if I may mix my metaphors.  The HP Loki, by contrast, is elusive, cunning even, dancing around your palate offering you different notes at different times.  It is, appropriately enough, something of a shapeshifter.  It’s a 15 year old whisky that’s multi-layered and fun to try to get a read on, rather like engaging with a quick-witted interlocutor.  There’s a load of spice, some high, clear fruit, and smoke.  There are clearly some sherry casks in there, as well as some peated whisky.

I really enjoyed the Loki.  But really, that’s not much of a surprise:  I love Highland Park’s standard offerings, and I tend to be partial to sherry casks and spicy flavor profiles.
But once again, kudos to Steph Ridgway and the whole Highland Park team in attendance.  It was an amazing event, and it left me wanting more Loki. 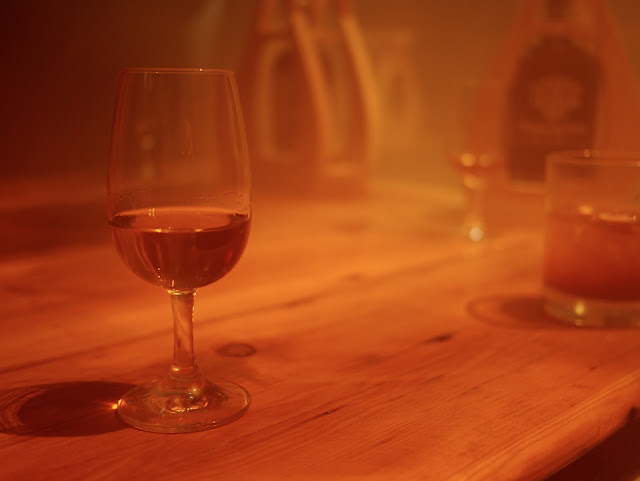