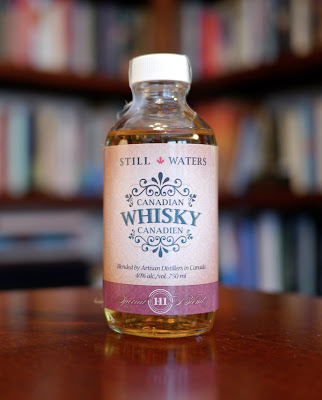 Odd, so odd. A fifth runic symbol normally to tuck amid and along ‘k’ and ‘y’ is missing in this Canadian Whisky. Might John or his pal have plumb took it? Who knows? Anyways, odor of broccoli, from a standpoint of a six años old latina nina Maria. Just kidding! Sawdust, and hot gritty sand-crusty flat crinkly pulp-product that grinds and rasps wood bringing about sawdust. Round radial ficus-sap tori running an auto on a warm road. What kind of torus? A donut? A donut’s inmost void of focus? All odd odors, no doubt. But yummy! A pop-idol girl (Avril L.) who swam in a richly anti-microbial pool, with an ADHD boy wiping coconut tanning lotion all about Avril’s torso and limbs. Canadian national sport pucks that a crazy pharmacist wants to distill. Avril L? Justin B? Bryan Adams? Why do Canadian songbirds as a virus fill my brain with warblings? I start to think of Bad Canadian Drams I drank in high school. Much as Proust did, I start to trip down into my past of glory and pain, and…

[John: I took out fifty-two thousand words. And I’m glad. You also should sigh thanks to Our Lord.]

…and a spicy finish, as I Swoon into Today-dom’s Now-ity with Ginormous Joy.
Attaining such an unusual and highly-yin-yanging proportion of consummation with grass and grain is wondrous. Who did it? I know why a mixing guru of many vats and tuns would construct such a harmonious alloy of plants, but I am at a loss as to how. Ah, so odd: I am lost, but with my dram of Canadian whisky, I am found (drunk).

Rating:
–On the scale of our idiomatic way of rating drams–
Today’s drink, Still H2O Canadian Whisk(_)y 40% Batch 1201 is “A Void”–A book originally by a Gallic man: an astonishing bit of writing to accomplish that lacks a common graphic symbol that is not a consonant throughout. Drink a toast—bottoms up!—and aid us in finding our missing iota-ish scrawl. Tchin! as a man of Paris might say. Salud! as a man of Dominica might shout. Drink up! as is oft said in our Malt grotto.