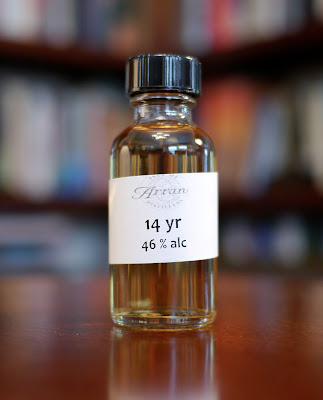 Citrus rind pried up from the fruit with scalpels.  They were needed for making a lemon twist after a grueling six-week surgery rotation.  Six-pointed star fruit genetically engineered in Tel Aviv.  Unripe melon, though not watermelon, cantelope, or honey dew.  Crenshaw melon.  It was chewed by Madonna during her Kabala stage.  Or so we thought until evidence established that it was chewed during the filming of the “Borderline” video and then spat into a bag and smuggled away for use as prison wine.  Splashes of formaldehyde onto ginger ale after splitting a corpse’s skull with a guisarme.  In case you’re wondering, yes, it happened at the same surgery rotation party, but early the next morning after it came upon a Renaissance festival encampment.  There’s a thin sheet of oil on the mouth, reminiscent of post-war Japanese industrialization.  The finish shows the dominance of bourbon casks: bright and puckering like a Lime Rickey.  Drying like an espresso in a Parisian café served with a small spoon and a withering stare.