[After discussing trying to create a different sort of review for this event, Bill busted out this missive.  It summed up our collective thoughts so well, we decided to go with it as is–with the exception of a brief Editor’s postscript… Let us know what you think in the Comments section!] 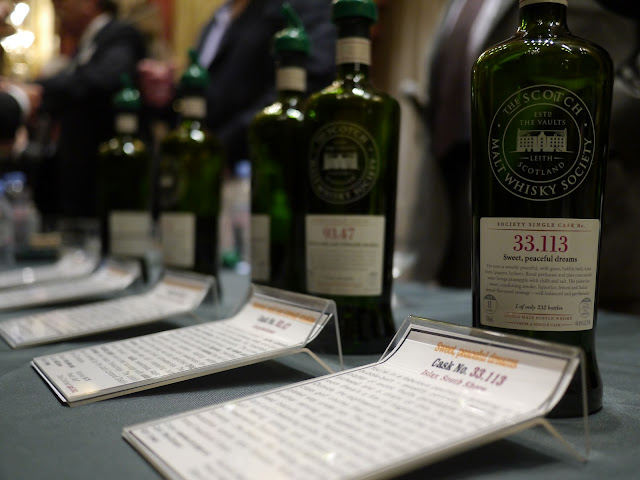 After X-huming the keys from where Stephen’s ferrets buried them, we jumped into the X-terra, our official X-otic X-travaganza X-country car. John brought an audio book; an X-pose of Malcolm X’s X-ternal influence on Jimi HendriX’s classic album AXis: Bold as Love. I dressed in character as Xsa Xsa Gabor; a debutante Xhosa ballroom dancer. Stephen and John took X-ception with my sequined gown, claiming it didn’t X-actly match up with the color of my beard. “Can’t they look beyond my X-terior?” I aXed myself in a Noo Joisey aXent.

As X-pected, the panel before the main even was funny and informative, and the Aberfeldy 21 neatly X-tracted from the bottle by the Dewar’s brand ambassador X-foliated the travel schmutz from my skin. [John: Bill! You were supposed to drink it!]
It was great to see again, for X-ample, the Most X-cellent, Least X-traneous, Altogether X-traordinary Gabby and Alan Shayne, Jerry (Zim the Great) Zimmerman, Simon (I know 10000 toasts for all occasions) Brooking, Craig Bridger from Glenlivet, Ricky Crawford pouring SMWS goodies, Jesse Knowles from Momentum, Emily Duffy from Kilbeggan, whisky writer Liza Weisstuch, Brian Johnson from InterBev, fellow blogger Bozzy from tire-bouchon, Randall Bird with Balvenie and his fellow Malt Man Charlie Tower. I was X-static to meet Stephanie Ridgway, the Pittsburghian South Hill Clan lass doubling as Highland Park brand ambassador: It was X-tra X-alted to finally meet you! [John:  Don’t forget our friend X-Mini Cooper John and X-military Thom of WhiskyRI!]

The drams that stood out for me were…all of them? The greatest irony was that the one dram I had circled as a must-try, the Longmorn 16, was one that I never found in the kaleidoscope of awesomeness that is the X-travaganza. I loved the Balblair 1989 and Old Pulteney 30 year; the Highland Parks were, as always, X-emplars of luXorious elegance, the Classic Cask line, X-specially the 35-year Rare Scotch Whisky  [Stephen: X-pecially? Really?], and as usual, things start to blur, pleasantly. I recall trying the Dewar’s offerings, having been impressed by the pre-panel pour. Ah yes! And I had–as best as I can recall, Officer–the full line of X-pressions the SMWSA brought. On the advice of counsel, I also recall (now) trying the delicious Balvenie 17 Doublewood, 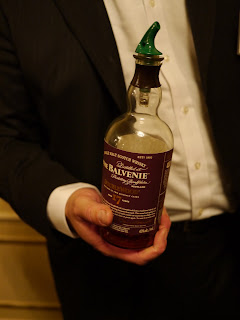 and the smooth and elegant Balvenie 21. As I’ve written before, it’s wonderful to have the opportunity to climb the vertical age ladder at these events, and for some brands, I love their younger bottlings–the unassailable Talisker 10, for X-ample, but these are really the opportunity to try X-pressions that would otherwise fall off the fiscal cliff of the Malt Budget. And then…to dream and scheme how to furtively sell enough of Stephen’s ferrets and John’s antique rutabagas to buy me a boddle or three.

Editor’s postscript:  None of Bill’s X-wives were harmed in the making of this review–despite Bill’s mansplaining (thought I was going to go a different direction there, huh?) to us that the risk of incident was non-X-istent, if we would just X-tricate him from his harness (we didn’t).  And I am pleased to report that this time around, I did not need to X-cise from Bill’s original teXt several thousand X-traneous words to which many would likely take X-ception.  This is due to the X-cessive X-emptions Bill usually grants himself with respect to my editorial X-hortations.