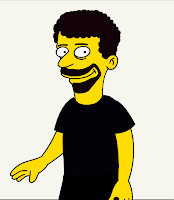 Recently Bill approached us about doing a post based on his “Best Night Drinking”.  Now, we would have thought that Bill’s Best Night Drinking might have been one he shared with the two of us, maybe a whisky festival or cruise or even a night out on the town, but noooooooooooo.  But then again, we’ve witnessed Bill’s loyalty to us evaporate in the presence of whisky brand reps, complimentary dinner buffets, and all manner of chocolate confections, so we’ve learned not to take too much offense.
We should also note that in recent months, Bill has developed an unhealthy obsession with Pappy Van Winkle Bourbon, sparked by the realization that he couldn’t find it so easily any more.  Now, the Pappy 20 is clearly one of the better bourbons we’ve ever tried, but Bill’s fascination with it now far exceeds the value even he would place on it–if he hadn’t willingly gone off the deep end in his quest to find it.  Gotta love stoking demand through deliberately maintaining scarcity.  It helps if you have a great product, though.
At any rate, what follows is Bill’s account of his Best Night Drinking.  Inexplicably (despite his attempt at an explanation), he writes it in the present tense and, following the Bob Dole/Rickey Henderson/Sméagol (Gollum) tradition, refers to himself in the third person.  What a tool.

To me, a recent dream-like night seems blog-worthy, and to get it out, I find need to tell it third person, as if it happened to someone else. Identifying details have been removed to protect the innocent, the guilty, and the ferrets.
After a delicious glass of single-origin hot chocolate at [really cool local cafe], Bill and his old friend stroll to [wonderful place to get a drink] to have a glass or two or three of scotch before dinner.  Bill has small glasses of:

and the total cost is under $15! (The friend, new to scotch, on Bill’s recommendation, tries Oban, Talisker 10, and Lagavulin 16.) The menu includes a small glass of [extremely expensive premium scotch] for [more money than Bill has ever paid for a glass of whisky]. Bill asks the waiter about it. “Is it worth it?” The waiter nods at [elegant gentleman employee] by the bar. “Go ask [name redacted], if you can get his attention.”
Bill manages to catch his attention. [Name redacted] is lovely to chat with. He talks about the coming wave of non-age statement scotches, and offers a rave review for the [extremely expensive scotch]. Bill nods sagely. [Name redacted] says something about “the best bourbon ever,” and he reminisces about [a brand of bourbon that is no longer produced], of which he at one time managed to procure 32 cases at $9/bottle for the [wonderful place to get a drink]. Bill nods, agreeably, but not sagely, never having heard of the brand before.
Bill inquires about Pappy Van Winkle. “Bah,” [name redacted] scoffs. “I’ll get you better than that.” About one minute later, two glasses of bourbon appear, comped by [name redacted]. Willett Pot Still Reserve and Parker’s Heritage Collection. Both are outstanding. Bill quivers like a puppy dog and wets himself. (One of those two assertions is fictitious.) Glug, glug, glug.
Bill and his friend head to [trendy new restaurant]. No table is available for 25 minutes! So, Bill and his friend sit at the bar waiting for a table. Bill sees Pappy Van Winkle 20 on the drink menu, and promptly orders a glass from the absolutely stunning bartender. She comes over with the bottle, and holds it for Bill to stroke. Which he does, mildly lasciviously. They chitchat idly about the PVW20–she’s says it’s the only bottle they have, she doesn’t know how it got there, it came in a red velvet bag, and it’s half gone.* She pours Bill 125ml. (125ml!!!!!!!!!!!!) A table opens up, so Bill asks the gorgeous bartender to close the tab. While she begins the work of ringing them out, Bill hands her a $5 bill, and offers sincere thanks. She smiles appreciatively, then says that register can’t ring up PVW20, and she hopes that that is okay. Bill looks at the bill.

Instead of the PVW20, Bill’s bill lists Elijah Craig for $10. Bill swoons, doesn’t know what to say, says nothing, saves his marriage.

We’d love to hear from you:  what is your best night drinking?  Leave us a comment and let us know.  The best story wins a prize of dubious merit.