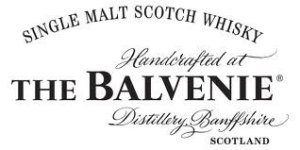 After an amazing day in which I was fortunate enough to go on extensive tours of both Bruichladdich and Bowmore, I used the half day I had left on Islay to attend a standard, but nonetheless excellent, warehouse demonstration at Lagavulin (led by the fantastic Paul Paterson), collect my rent at Laphroaig, and finish with an amazing lunch at the café at Ardbeg.  Then I drove halfway back across the country to spend three days at a Ferret Herding and Husbandry conference (though to be perfectly honest, this one really stank).  After the conference, I found myself just outside of Dufftown in Speyside, strolling from the car park, along a walkway bordered by a field of barley, to The Balvenie Distillery. 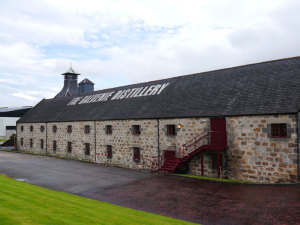 Once again, my tour was not typical in many respects, and I’ll save you the play-by-play.  But also once again, I’d be remiss if I didn’t acknowledge my tour mates that day at Balvenie:  three Scottish brothers and their proud papa (I am missing or unsure of one or two of their names, so I’ll leave them out for now—thought if you gents read this, don’t hesitate to drop me a line and remind me so I can go back and insert your names in the place of this parenthetical and thereby give you a proper shout out).  They were all eager learners and were wonderfully friendly and fun the entire time.  (Oh, and I am sorry to report to you fellas that I have yet to try IRN-BRU.  But I will on my next trip to Scotland, which I hope will be soon…)
On to highlights:
•    Balvenie grows and malts a percentage of its own barley on-site and burns a mixture of anthracite and peat in the kiln.
•    Balvenie is owned by William Grant & Sons, the largest family-owned Scotch whisky distiller.  Wm. Grant & Sons also owns Glenfiddich, whose distillery is located just down the street.  But don’t be fooled into thinking that The Balvenie is Glenfiddich’s lesser, younger sibling:  take tours of both distilleries, and you’ll know which one is more the real deal… 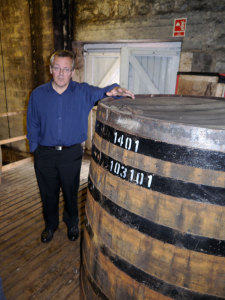 •    Balvenie helped popularize cask finishes, even if they don’t always refer to the process by that name.
•    A former fellow whisky blogger, Sam Simmons, is currently The Balvenie Global Brand Ambassador.  My thanks goes out to Sam for his help in arranging for me to meet with David.
•    The day I was there, the malting floor was being cleaned and the window frames painted in preparation for a dance for distillery employees.  This kind of thing seemed all too characteristic of the ethos of this family-owned distillery.
•    The Balvenie website features an extraordinary video series under the auspices of The Balvenie Whisky Academy.  You have to register to see the videos, but if you haven’t registered for Warehouse 24 yet, you need to ask yourself what in particular might be wrong with you.
David Mair, The Balvenie Ambassador, welcomed me into the classy little reception area and tasting room adjacent to the shop, all a short stone’s throw from the distillery proper.  David is simultaneously easy-going and appropriately formal, but it doesn’t take long to see that he’s also incredibly bright and knows the industry backwards and forwards.  Despite that immense level of whisky learning and sophistication, David comes across as anything but intimidating.  It seems to me that David manages to make people feel so at ease around him in no small part because he’s a great listener as well as a tremendous whisky resource for visitors to the distillery. 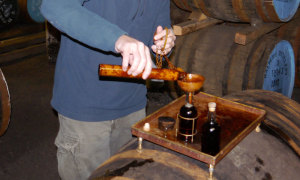 The warehouse part of the tour featured filling one’s own half-bottle from one of three casks (two of which were former bourbon and one former sherry) with a dog, as opposed to extracting the whisky from the barrel with a valinch.  Distillery stories of all sorts  adorned the tour, but especially the warehouse part (all expertly relayed by David), and gave it a local color, flavor, and history that other distilleries would do well to try to replicate.  Tasting the distinct whiskies that come together to make the Balvenie whiskies helped me appreciate much more than I had before the process of marrying different amounts of whisky aged in sherry butts and bourbon barrels. 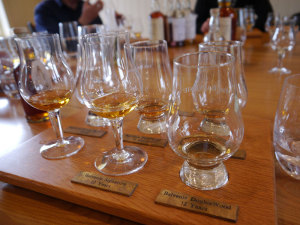 The apogee of that appreciation was being able to follow viewing the actual Tun 1401 with then tasting the top-notch product that emerges from it.  This expert marrying is something Balvenie seems to focus on as much as any other distiller does, and that focus is reflected in the results.  Arranged in six glasses in the tasting room, I was surprised at how variable the Balvenie whiskies could be, even though each maintained a strong thread of Balvenie identity on the palate.  This aspect of the craft of whisky-making Balvenie is undoubtedly a crucial one, and one The Balvenie Distillery seems to have mastered.

Stay tuned for tasting notes on the Balvenie Tun 1401 in the coming days.