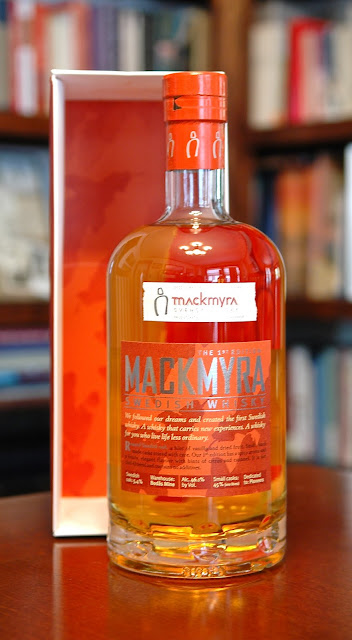 Tasting notes:
Here at the Maltcave, we’re not much given to discussing our fetishes; we save that for our Mature Audiences Only site maltgonewild.com.  But the cat will out of the bag, or, as we like to say, the cork will out of the bottle.  There have been a number of posts of late comparing noses to women’s shoes–on this site:  that would be far too tame for maltgonewild.  I am afraid, but secretly overjoyed, that this post is going to continue in that fine, fine tradition.
The nose is an exquisitely tooled elk leather, alder-soled clog worn by the young Ingmar Bergman [Stephen: Bill! I hope to the heavens that you meant “Ingrid”!!!] while dancing a traditional Swedish Hambopolkett under the stars on a crisp early summer night, trampling an Emeril spice rub mix that tasted awful with Lutefisk.  The clogs were then carefully wrapped in crinoline, and stored in a brass-bound oaken chest.  Dried flowers are there, but they yield pride of place to the leather and wood.  More time in the glass reveals a tinge of hopefulness, like an abandoned slum being bulldozed to make way for urban renewal.  Last, a whiff of dried fish that was an extra on the set of Babette’s Feast (many animals were harmed in the making of this movie, especially when they were eaten–yum).
The mouth feel is, as so many synesthetic experiences are for me, more visual than tactile: the precise corrugations of a Fresnel-lens on a lighthouse lantern, intensely focusing the flavors, or the ripples in a still, carp-stocked pond actuated by a thrown currant scone.  The “Finnish” is sledding down the saddle between Mount Storsylen (in Norway) and Mount Lillsylen (the second highest peak in Jämtland, just missing the blue ribbon by a mere 24 meters) on a lovely old varnished Flexible Flyer: the descent is steep, the track is luge-like, and Alpine huts and lodges spackle the base, or so I’d like to imagine.  As long as I’m imagining that, I’m going to add two large, friendly, drooling St. Bernards with small oaken casks of Mackmyra slung around their necks.  With water, say some glacial summer melting run-off, the Mackmyra opens considerably, like the re-hydration of Sea Monkees. Or Sea Beatles.
It’s the Pinot Grigio of whisky: Perfect to drink on hot summer day, especially if you’re an enervated apricot.

*–Our thanks to Jonathan Luks and the good folks at Mackmyra for the sample!