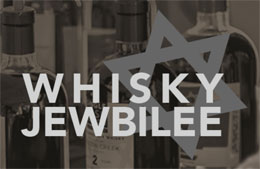 We’re looking to do our event reviews a little differently than we have in the past, skewing them now more toward the pictorial and toward the info that distinguishes the particular event covered from the rest. So we hope you’ll bear with us while we work on our new approach.

There once was a man named Hatton
Who ran a tasting in Manhattan.
The amazing Jewbilee
Lets me (quite snootily)
My whisky tally to fatten!
Bill says that, in essence, that pithily sums up all that needs to be said about this event. 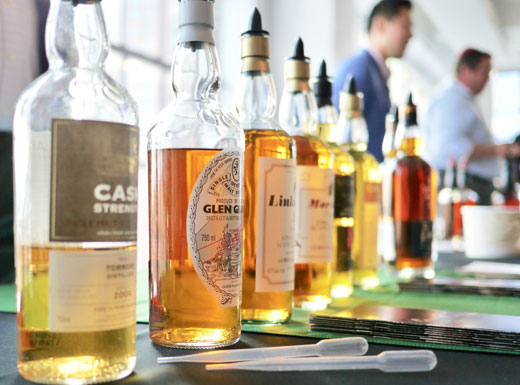 While there’s some truth to that claim, some readers may be looking for a bit more. So here goes: 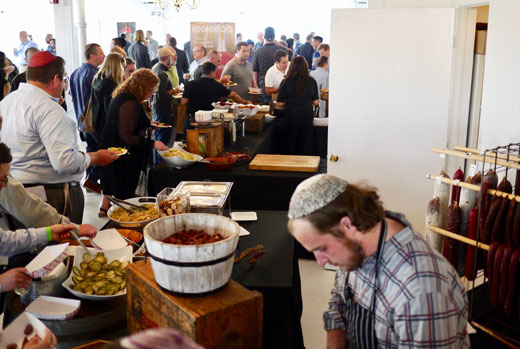 As the name suggests, this event is run by the Jewish Whisky Company. As a result, it attracts more Jewish whisky aficionados than most events. The event features Glatt Kosher cuisine catered by Ari White, Executive Chef of Gemstone Caterers and Pitboss at Wandering Que, and it never ceases to be impressive. Just look at those cured meats in tube form! 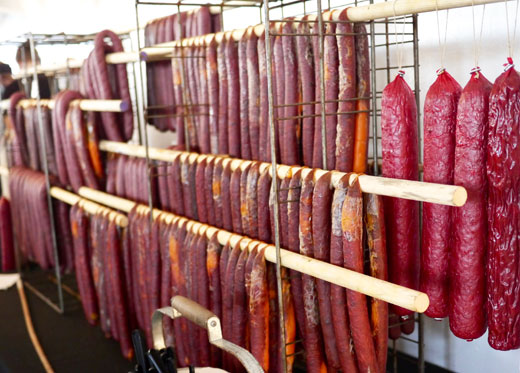 Other distinguishing features: a venue that spans two floors, as well as cigars (though other events do have those as well) and a gorgeous rooftop deck with killer views on which to smoke them (fewer events have this). 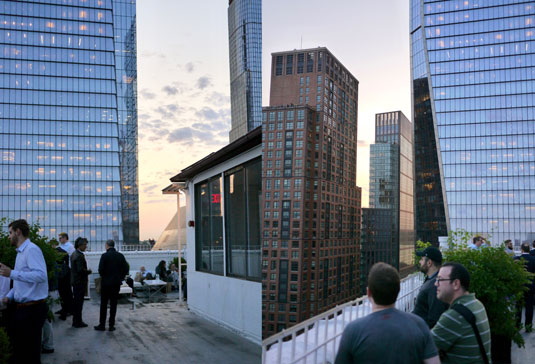 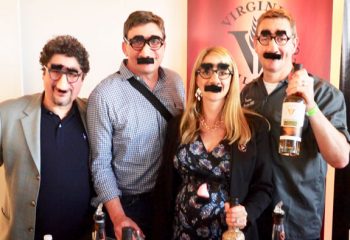 Beyond those things, it’s about the selection of whiskies on offer, the atmosphere, and the people. On the first point, Bill is quick to point out that of the 250 or so total number of whiskies on offer, 25 or more of which are rare or quite expensive. The atmosphere is very laid back compared to a lot of other events we’ve attended, with attendees taking their time at tables and not just jostling for the oldest expression on offer there. As for the people, in that atmosphere, it’s particularly easy to make new friends or catch up with old ones.

At this particular Jewbilee, there was a new feature: whisky geek and wonderfully talented artist, Linh Do, had a table at which she was hawking her (artistic) wares. Should you find that bit of innuendo offensive, you clearly don’t know our friend Linh. Every whisky fan should check out her art work, and any person moderately interested in whisky should follow her (@whiskyanorach) wildly entertaining Instagram feed. This doodle of hers (below) captures her sensibility and humor wonderfully. Her presence added appreciably to what was already a great event. 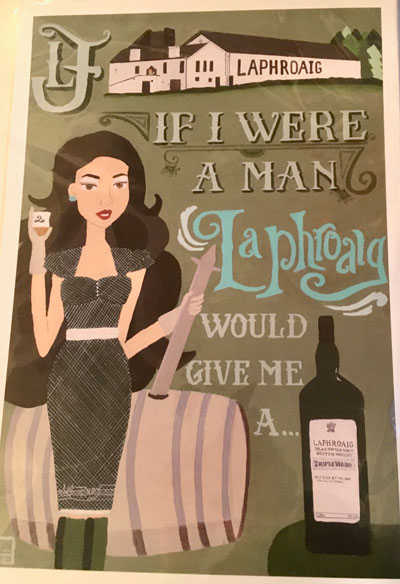 A final distinguishing feature: an exclusive Single Cask Nation bottling exclusive for the Jewbilee. This year’s was a marriage of a pair of MGP Bourbons, one 12 Years Old and the other 5 Years Old, which featured a lot of rye goodness. Also, the full array of Single Cask Nation bottlings were available (the Cambus 28 Year Old was a standout). But as usual, the Jewbilee brought us other revelations: The Speyburn Arranta, the Claxton’s single cask 11 Year Old Linkwood, and a special Old Pulteney vintage bottling (1990-2018) also made the highlight reel. Ultimately, though, Alexander Murray’s 28 Year Old Bunnahabhain came in as our star of the show. 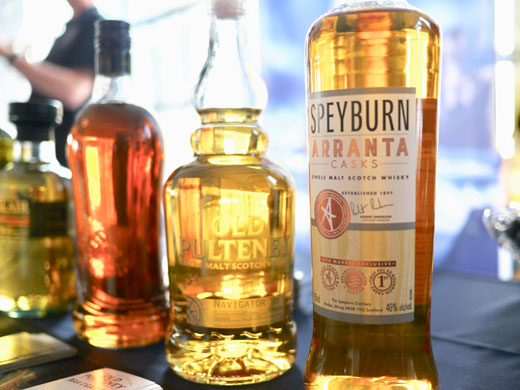 Boldly contradicting his earlier claim about all that needs to be said about the event, Bill bottom-lines it for our readers beautifully with this:
If you have $140, sure you can buy one nice bottle of something. Or, you could go out for a nice meal, have one or two glasses of an 18yo (maybe). At the Jewbilee, you can eat lots of good food, taste many rare whiskies—many costing over $200/bottle—smoke a cigar, watch the sun go down over New York City, meet old friends, make new friends, and explore a marvelous hobby in a robust, elegant setting. The choice, for us, is clear. 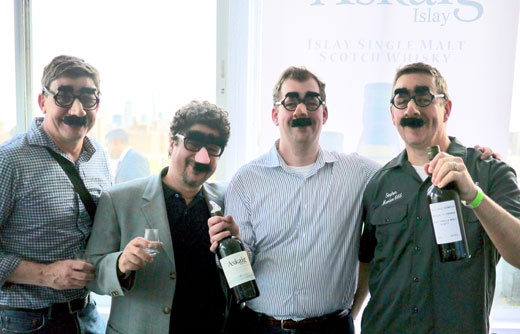 The Malt Impostors with Ollie Chilton of Port Askaig 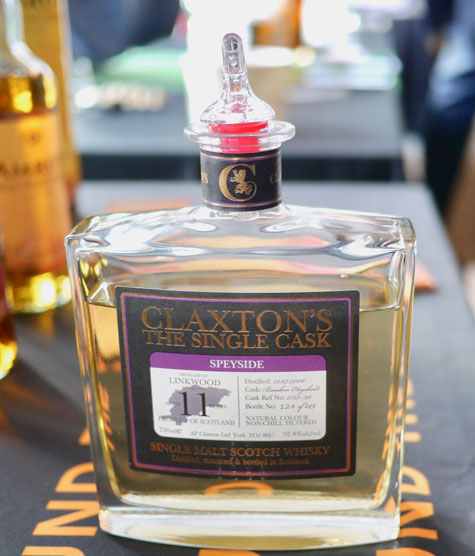 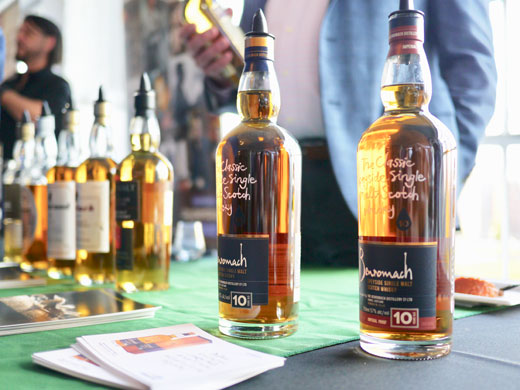