If you don’t know the Whisky Jewbilee, you’re already five years behind. That’s right, it’s hard for me to believe, too: the Whisky Jewbilee held its fifth event in New York City two weeks ago. Mazel Tov to Joshua Hatton, Jason Johnstone-Yellin, and all of the others at the Jewish Whisky Company (which is also behind the wildly successful Single Cask Nation) involved with the Jewbilee. It’s no small feat, especially when this year’s event seemed to be the biggest and best attended one yet. 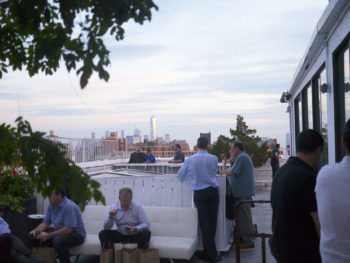 Once again, the Jewbilee was held at the penthouse Studio 450, offering a stunning view and an outdoor deck for cigars and general evening enjoyment. This year’s event did not feature a masterclass before the main event, but like I said, this year’s main event had plenty to offer and plenty of attendees, so there was more than enough revelry to go around without one. The main event spanned two floors, with food on both floors, all of which was, naturally enough, Kosher. After an initial run at food stations on both floors–you know, to lay down that crucial base layer–I came back to the first floor (and really, main) food station to find what was perhaps the best beef brisket I have ever tasted. The pastrami was pretty solid, too, which is saying something, given that I don’t usually like pastrami. But oh, that brisket… It’s really too bad that the vegetarians amongst the Jewish Whisky Company leadership will never fully appreciate how exceptional it was.

Highlights (beyond the brisket) include the Glen Grant Five Decades (which, despite my best efforts, managed to elude being captured accurately by my camera), the Balvenie Single Barrel 15 (Sherry), and a Stitzel-Weller Cabin Still Bourbon from the 1960s (if I’m not mistaken) at Joe Hyman’s Skinner Auction table, a Rum from Balcones, the Taketsuru Pure Malt, and the truly exceptional Westland’s Garryana, aged in Quercus garryana, also known as Oregon white oak. Oh, and did I mention the brisket? 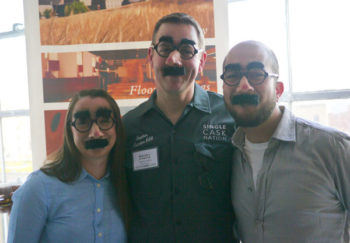 As usual, though, the real highlights were the people, including old friends and new. It was wonderful catching up with the East Coast and West Coast offices of It’s just the booze dancing simultaneously and to get them both photographed in the Grouchos. It was also a great pleasure to meet and chat with Gemma Paterson, the new East Coast Brand Ambassador for the Balvenie. She was a good sport about being initiated into the Groucho Gallery, though it helped that Gable was there to lend his support to the effort. There are many others, including the good people from Scotch Whisky Auctions, Allison Patel from Brenne, Rick Wasmund from Copper Fox, Matt Lurin (of Water of Life fame), fellow blogger Joshua Gershon Feldman of The Coopered Tot, and Clarke Boyer of Glenmorangie, just to name a few. In the end, the community behind Single Cask Nation brought the whole event together well and created a relaxed, super-friendly atmosphere that’s truly singular amongst whisky events. Well done, and keep up the good work, Jewish Whisky Company! 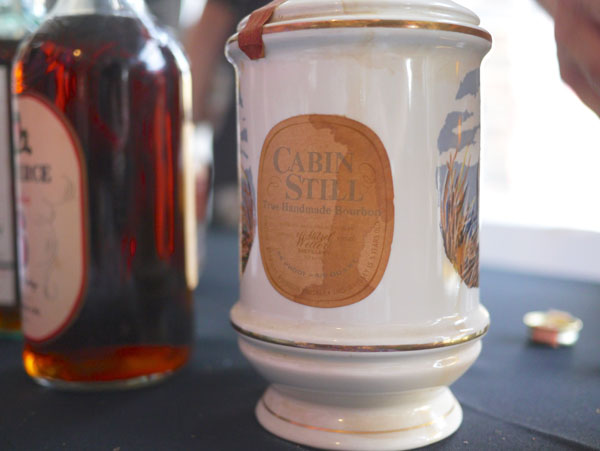