This year’s Extravanganza really put the extra in the extravagance.  Now, Stephen is going to tell me not to rattle off the names of all the great whiskies I got to try, so I’m going to bury that lede for a minute and talk about the rest.   Maybe he won’t notice! 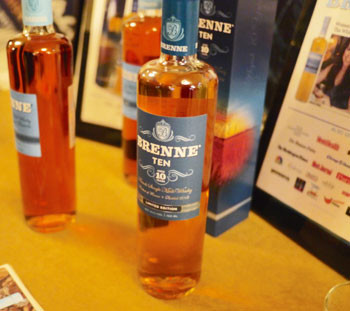 I think the pleasure of the Extravanganza is that the whole experience is salted with memories of past extravaganzas.  This heightens the anticipation and deepens the delight.  You know that it will be expertly run, that the food will be sumptuous, that the Taj hotel and its staff will gleam like old jewelry brought out of the safe deposit box, that the Shaynes other SMWS family will receive you warmly, and that the whole thing will feel like it has been set out for your pleasure and enjoyment–and yours alone.  This year the whole event flowed perfectly.  There were two rooms for the brand representatives to stage their wares, and so there was plenty of room to move around and linger. 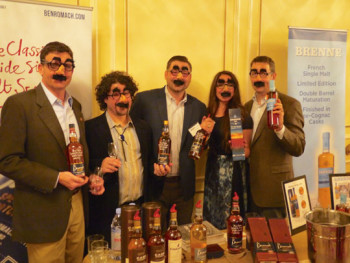 Within moments of passing into the main ballroom, I had the Brenne 10 year old in my glass and a full account of its uniqueness in my ear, courtesy of Alison Patel.  What a difference there is between it and the regular expression, which is roughly seven to eight years old.  I told Alison that the Brenne was the kind of whisky I’d urge someone who didn’t like whisky to try.  The Brenne 10, however, I’d hide from such a person, because it’s got some deeper, meatier complexities that I would wish to enjoy with those who could talk intelligently about it.  The Ladyburn 41 sang her siren call at this point—in vain had Bill tried to lash me to 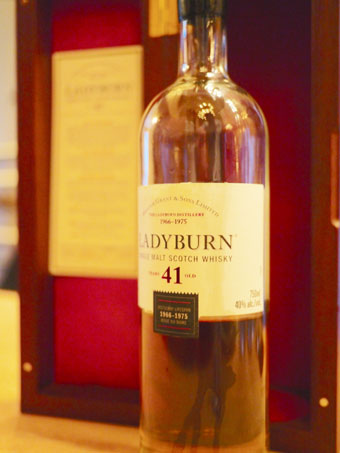 the mast.  From there it was the Kininvie 23, for what will power had I left?  Honk if you like Glenmorangie Signet?  Don’t mind if I do.  Soon I found myself touring Scotland with a series of cask strength expressions.  Aron Silverman led us from the lowlands to the highlands and finally to Islay with an impressive series of Society bottle; the 50.66 (a 24 year old Bladnoch) was particularly compelling.  What stood out to me was the enormous number of independent bottles on offer this evening, most notably from booths manned by Norfolk Wine and Spirits and Julio’s in Westborough.  Gordon and MacPhail, Old Malt Cask, Samaroli, Vintage Cask, and more.  If you’re a member of SMWS, then you know how thrilling these cask strength, non chill-filtered beauties can be; tasting them is almost worth listening to Ryan Maloney from Julio’s chatter away about them. [I kid! I kid!] 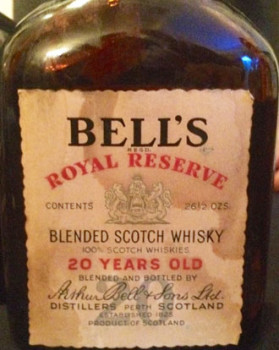 For me, however, the absolute highlight was finding a booth tucked into the back of the smaller of the two rooms.  There was Joe Hyman of Skinner Auctioneers with an array of vintage American and Scotch whiskies.  Wow and wow and wow again.  I got to try a 1940’s Johnnie Walker Red, a Bell’s 20 year old that had been distilled in the 1930’s, a really old Glen Garry blend, and a wonderful Old Forrester.  It was the kind of unexpected opportunity I’ve come to expect from the Extravaganza.

​Last but not least, I should mention that one other feature of the Extravaganza is the pair of cigars offered to every guest.  You can’t smoke them in the Taj of course, but have to wait until you’ve dismantled the smoke detector in the restroom on your flight home. This time there was a special surprise: a cigar from Dram, which makes cigars for whiskey. When I read the fine print on the band, I saw that I had “Cask no. 4,” a cigar of medium/full strength designed to complement woody or smokey whiskies. ​So far it hasn’t said anything nice to my bottle of Lagavulin in the liquor cabinet, but I’ll give them time to get to know one another better. 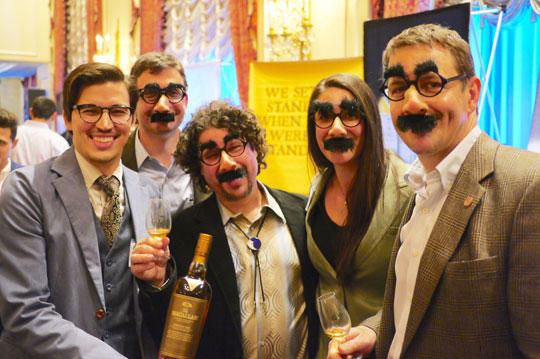 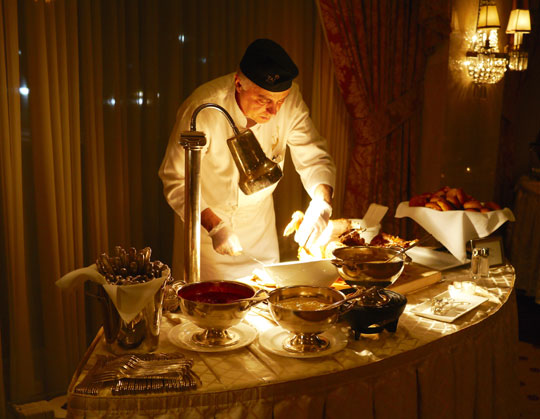 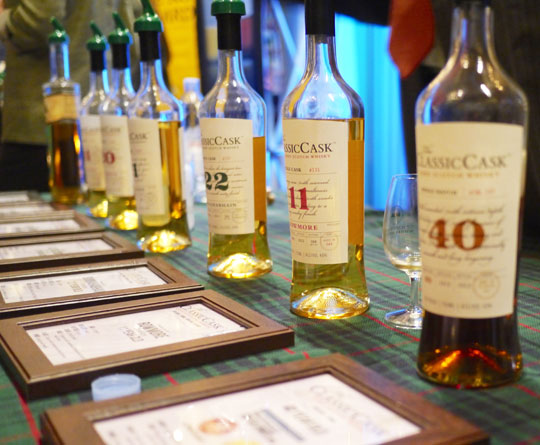